Crypto Assets and Cryptocurrencies: What should we know before using them?

It has again been highlighted or has been world public knowledge the topic of Cryptoassets, especially the one related to the issue of Cryptocurrencies, due to the launch of the Libra cryptocurrency and "Calibra Wallet" by the «Libra Association» of which some of the largest corporations of technologies and world electronic commerce are part, among them Facebook, as recently discussed in our post called: Libra blockchain-based Facebook cryptocurrency with your own digital wallet.

In addition, the new rebound in the prices of the first, best known and most used Cryptocurrency, called «Bitcoin», whose price these days (June-2019) is around 10 thousand $ (USD) has favored the news explosion on current and future world Cryptoassets. What makes it necessary to make known aspects, terms or concepts related to Cryptoassets and Cryptocurrencies to increase the success of their adoption, since these they base their success on the trust and use of their users.

Because of this, it is extremely useful to know and understand as best as possible that they are Crypto Assets and Cryptocurrencies and all their associated terminology and technology for the benefit of them and of all those who at some point may be invited, forced and even ordered to use it.

It is a new area of ​​commerce that is in full development and expansion. It basically refers to the whole electronic or digital commerce carried out over the Internet and the latest Information and Communication Technologies (ICT) in order to make and obtain new and better products, goods and services in a few clicks. While Electronic Commerce only refers to the fact itself, the process of buying and selling products by electronic means, such as mobile applications and the Internet.

In the Digital Economy, The internet serves as a universal platform for the generation of work, the creation of wealth, and the distribution and consumption of goods and services. All this in order to meet the growing needs of today's society, a technological society based on knowledge.

Financial Technologies, many times referred to as «Technological Finance» or FinTech, is a concept whose name comes from acronym of english words "Financial Technologies". And it specifically refers to all those modern technologies used by organizations (companies, businesses and industries), public and private, in any sector (financial, commercial, technological and social services) to create and offer new products, goods and services.

Others more conservative, usually only consider as FinTech only to set of companies in the financial field that contribute new ideas and economic and commercial models through the use of the new and most modern ICT. Among the technologies that encompass this concept are Distributed Accounting Technology (DLT) and Blockchain Technology (Blockchain) and Crypto-commerce (Cryptoassets and Cryptocurrencies).

In summary, Financial Technologies have as objective to make the most modern technology offer the greatest number of possible consumers, better solutions (goods or services) financial and commercial in more accessible, economical, efficient, massive, transparent, secure, and independent ways.

Distributed Ledger Technology, also known by its acronym DLT from the phrase "Distributed Ledger Technology" It is usually used mainly in the field of private development, but includes Blockchain Technology, which is basically the same but the field of public development. DLT only refers to the technology in a complete way, that is, to the technology that makes possible transactions on the Internet in a secure way and without intermediaries, through distributed databases, which guarantee the immutability and cryptographic protection of data.

Talking about DLT includes, the concepts of distributed and decentralized node network, which refers to those hosts that store a copy of the used database, in order to prevent the data from being manipulated, unless there is a 51% attack, which is nothing more than an attack where an intruder gains control of the majority of the nodes, interfering in network decisions, managing to change everything at will. Thus violating the principle of governance in the network, which tries to keep democracy balanced among the participants (nodes), so that there is no deception or manipulation between them.

The concept of Blockchain should not be confused with DLT. Making an analogy to understand both concepts it can be said that, speaking of currencies, DLT would be the concept itself of «Currency» and Blockchain would be a single one in particular, for example, the Dollar, the Euro, the Ruble or the Yuan. Just as each of these is one of many currencies, a Blockchain is a DLT. DLT is the generic term, and Blockchain is a specific term, which owes its popularity to the boom in crypto assets, specifically cryptocurrencies. So when talking about Blockchain, one usually refers to the original platform of "Bitcoin", being the first one created.

Blockchain Technology, also known as Blockchain, by its name in English, makes mention of that technology that involves the sequencing of blocks that store information within a network, and that must and are verified by its users from its creation to the end. And where each block contains a hash pointer to its predecessor block, creating an interconnected network. Blockchain is also usually associated with the name of a private organization that makes a block explorer that also has the same name.

On a Blockchain, a hash is nothing more than the set of random digits that serves as a small representation of other data of any size. It is used to prevent fraud on said technology. Since each block has its own unique hash assigned, in addition to the data stored in it and the hash of the previous block. Hashs are used in such a way that if the content of a block changes, the hash of that block changes. And if a hash is changed without being a product of the content change, an interruption occurs in all the blocks after it.

So Blockchain becomes a kind of articulation of structured technologies in a naturally encrypted system, which provides a safe and reliable means for users, their identities, data and transactions, without the need for intermediaries, through the Internet. A means that guarantees that everything done is valid, validated and unalterable, that is, that it has qualities of immutability.

Digital Mining usually refers to the act (methods or actions) of solving a block, validating all the transactions it contains to obtain a reward in return. In other words, it is the process by which a host (node) solves cryptographic operations within a Blockchain, which usually create tokens, crypto assets or cryptocurrencies as final products. All this process usually goes at a pace established by well-precise algorithms and technical specifications already predetermined.

In the said act, basically a node verifies a transaction as valid, to then pack it into a block along with its corresponding hash, then select the hash of the previous block and add it to the current one. Then run the native Blockchain consensus algorithm to ensure that a node has made the necessary efforts to complete the assigned block and receive its corresponding reward. 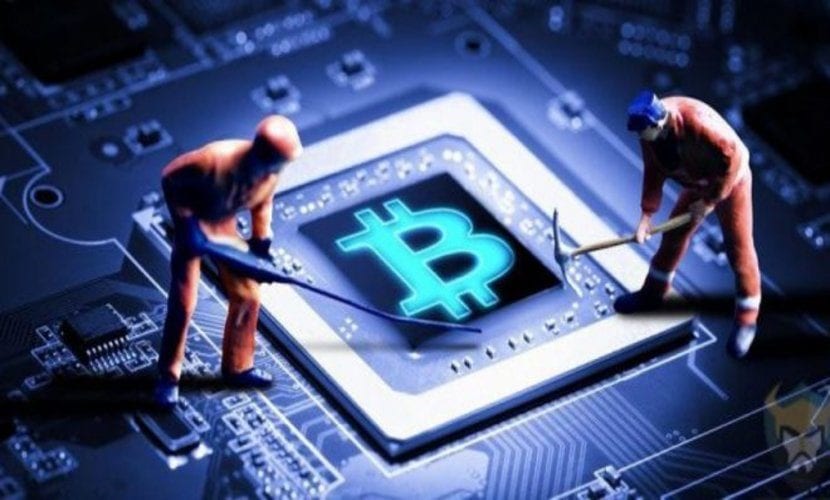 In Digital Mining, The «Consensus Algorithms» are nothing more than the set of rules to determine which copy of the Blockchain is valid and which is not. These rules can be simply described as: "The longest chain that will always be considered the most correct is that of the Blockchain with the most blocks" and "The chain of blocks with the most support will be considered as valid." There are many «Consensus Algorithms» currently to measure support for the network, but among the best known are: Proof of Work / POW and Proof of Stake / POS.

Apart from the «Consensus Algorithms», the well-known «Encryption or Encryption Algorithms »which are functions that transform a message into an apparently random unreadable series. Within a Blockchain these are used to verify transactions. Some of them are: CryptoNote, CryptoNight, Equihash, Scrypt, SHA and X11.

Within a Blockchain, Tokens are usually defined as a cryptographic token that represents a unit of value that can be acquired through it in order to be used later to obtain goods and services. Among many things, a Token can be used to grant a right, pay for a job done or to be executed, transfer data, or as an incentive or gateway to related services or functionalities improvements.

While a Cryptoactive is usually defined as a special token that is issued and traded within a blockchain platform. It also usually refers to each of the different existing tokens (cryptocurrencies, smart contracts, governance systems, among others) and other forms of goods and services that use cryptography to function.

Finally, a Cryptocurrency is one of many types of Crypto Asset, which in turn, is a category of what is known as a Digital Asset. Where a Digital Asset is considered as something that exists in a binary format and comes with its respective right of use, that if it is not owned, it cannot be considered as a digital asset. A Digital Asset can be a digitized document or a multimedia file (text, audio, video, image) in circulation or stored on a digital device.

An Exchange (Exchange) of Cryptocurrencies refers to those websites in which actions are carried out purchase and sale of cryptocurrencies. These usually also allow operating with other types of assets such as shares or financial securities accepted by the members of the community that makes it up.

The main objective of a Traditional or decentralized exchange (DEX), is to allow your users (Traders) They can participate in the managed crypto market in order to achieve profits based on the price variations (free values) that occur in it.

In addition, most are usually highly regulated platforms, that comply with the standards of KYC (Know your client) y AML (Anti-Money Laundering). And they usually charge for their services and establish certain capital limitations to participate in its platform.

Finally, the Decentralized Exchanges (DEX) Unlike the Traditional exchangesThey work in very similar ways, however, the former have the ability to function in a decentralized way. that is to say, that in them there are no intermediaries and the platform is self-sustaining due to its programming. For this reason, they usually tell high levels of privacy and even anonymity. 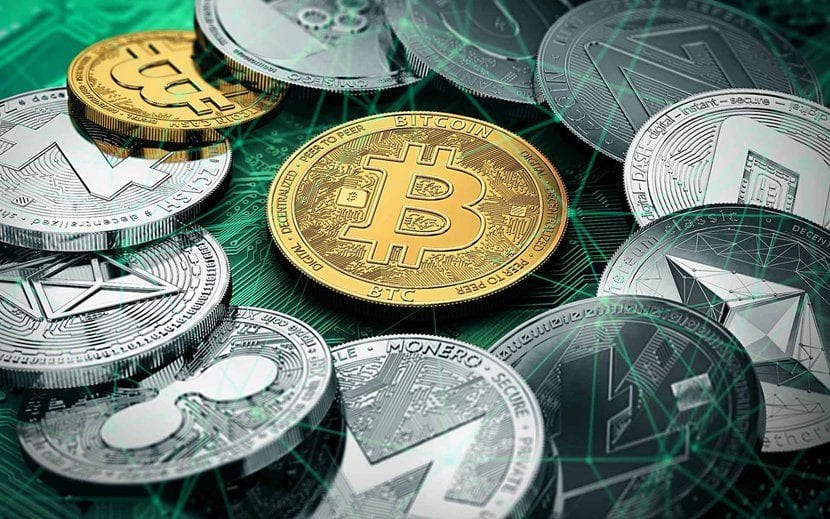 There is much more to learn, especially in more detail and depth about Crypto Assets and Cryptocurrencies, Financial Technologies and Blockchain. But basically, what is exposed here globalizes the most essential points that every novice or unfamiliar person must begin to explore and learn to prepare for the changes that this new form of electronic or digital money will imply, which little by little threatens to disappear money cash and fiduciary, from all countries equally, and even begins to compete with commodity money, such as Gold, Silver, Copper, among others; and replace the virtual money of some existing websites.

If you wish, read other articles related to the subject within our blog, we recommend the following articles: «Crypto-Anarchism: Free Software and Technological Finance, The Future?" Y "Latin America and Spain: Blockchain Projects with Cryptocurrencies«.

Full path to article: From Linux » News » Crypto Assets and Cryptocurrencies: What should we know before using them?