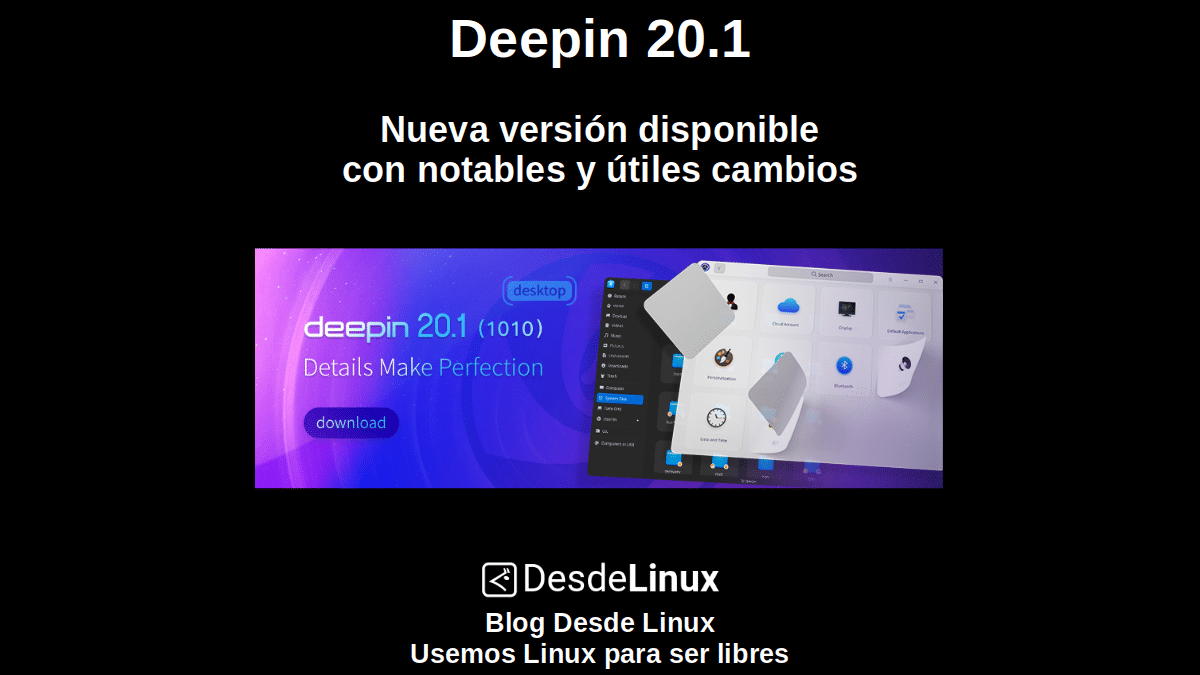 As many already know, Deepin it is GNU / Linux Distro (Operating System) of Asian origin (Wuhan, China) focused on simplicity, productivity and easy and accessible handling. It is noteworthy that the organization that develops it (Wuhan Deepin Technology Co. Ltd) since 2015 is a member of the Linux Foundation, to ensure that it remains committed to open source projects and technologies related to GNU / Linux.

For those who are lovers of distro Deepin, it is worth noting that the first version of the 20 series, it was a big change from the previous and last available version of the 15 series. And that this new 20 series is closely related to a new Distro called UOS Linux. To delve a little more about this information, after finishing reading this, access our previous related publication:

"By way of Deepin 20 comes based on the stable Debian 10.5 Buster series and is compatible with a dual kernel. That means that during the installation you can choose which kernel you want to install. Deepin 20 offers Kernel 5.4 (LTS) and Kernel 5.7 (Stable). This allows the support of a wide range of hardware and graphics cards while improving the stability of your desktop." Deepin Linux 20 is available and comes with boot improvements, installation and more.

Deepin 20.1: The Chinese Distro is updated

Many changes and new apps on Deepin 20.1

Entering fully into the official news about this new version 20.1 released, which is in English, the following is worth highlighting:

There many more changes and improvements, which can be read from the official sourceHowever, everything improved is aimed at the general optimization of the work environment so that traditional and new users enjoy better, smoother and faster experiences. In addition, to enrich the ecosystem of applications to meet the different and possible needs of users, under a more unified user interface.

We hope this "useful little post" on new version 20.1 from the beautiful and extraordinary Distro China called «Deepin», which has been released the last days of December 2020, with notable and useful changes, including new apps; is of great interest and utility, for the entire «Comunidad de Software Libre y Código Abierto» and of great contribution to the diffusion of the wonderful, gigantic and growing ecosystem of applications of «GNU/Linux».

For now, if you liked this «publicación», Do not stop share it with others, on your favorite websites, channels, groups or social media communities, preferably free and open as Mastodon, or secure and private like Telegram. And remember to visit our home page at FromLinux to explore more news, as well as join our official channel of Telegram from DesdeLinux. For more information, visit any Online library and OpenLibra y jedit to access and read digital books (PDFs) on this topic or others.