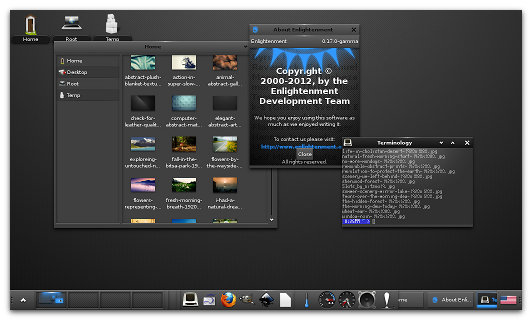 Enlightenment, also known simply as E, is a lightweight window manager for UNIX and GNU / Linux. One of its goals is to become a complete desktop environment. It is very configurable and very visually appealing. For a time it was the GNOME window manager.

The last stable version was E16 1.0.7 (also called DR16). Today, we had breakfast with the release of the VERY anticipated version 0.17 (DR17), which is based on the new Enlightenment Foundation Libraries (EFL). DR17 is not based on DR16 but has been totally rewritten.

In Arch and derivatives:

The rest, you can download the source code and compile it.