Humanity since it was constituted as such, has stood out beyond the evolutionary for the technological, therefore, the different technological advances have influenced the progress of human society. Expressions such as reading, writing, mathematics, agriculture, the media and now Information and Communication Technologies are some examples of how technological development is changing the way we interact through trade, art and science, Government Systems and Poles of Power.

In turn, the philosophy contained and promulgated by the Development of Free Software and similar expressions such as Open Source, or its implications in current developments such as Cryptocurrencies under the umbrella of Blockchain Technology (Blockchain) it is radically changing the way in which people throughout the world come together and interact, often outside the control of governments or economic powers.

Today, the Software Development Industry and mainly Free Software has been established Without a doubt as one of the most important technological-cultural expressions at the level of the common citizen worldwide, with strong emphasis on some special points of the planet.

Imagining the daily life of any citizen without interacting with some software is practically impossible today, or at least a daunting task to face. No device, hardware or platform could function without the appropriate software, since without this equipment we would not be able to communicate, move or work, as we do today. Software is the fundamental tool for the functioning of our society.

And at the level of Free Software this expression is much stronger, since it constitutes an opportunity or a prevailing need to be able to remain modestly in modernity that many times it becomes so restrictive due to the costs, limitations and disadvantages of the use of Private Software, especially in areas of the planet where the population does not have sufficient levels of income or wealth to support them.

Or where Governments or Private Sectors try to shape or control the masses through the use of certain software that deliver, receive and / or commercialize our data with or without authorization, invading our privacy or manipulating our opinions and realities.

Our society, today's humanity, the ordinary citizen, must ensure that always the Software Development process maintains the condition that the greatest amount of software is developed outside the business and commercial jurisdiction, that is, be developed individually and by themselves.

Which can adapt by the greatest number of capable people, the condition is maintained that use the software freely for any purpose, and ensure that it can be studied to understand how it works, to improve it and share it with everyone.

Along with Free Software Development, this last decade the world has become more globalized, and societies have become more and more intertwined through technological tools and the digital world in an exponential, progressive and continuous way, and now with the use of Blockchain Technology to give life to the first Cryptocurrency called «Bitcoin» it has disrupted and altered, and transformed various political, social and economic sectors around the world.

The Blockchain and Distributed Accounting Technology (DLT), in general, imposes a de facto revolution of the old financial, economic and even political and social systems; taking to its maximum expression of speed, transparency, security and auditing to the diverse and obsolete current systems that manage digital information in areas such as health, education, security, commerce, document authentication, or election of the rulers, among others.

For example, regarding voting systems, DLT tools could completely change the traditional paradigm of democracy; strengthening the properties of a safe, universal vote, without coercion and embracing the possibility of a democracy without borders. 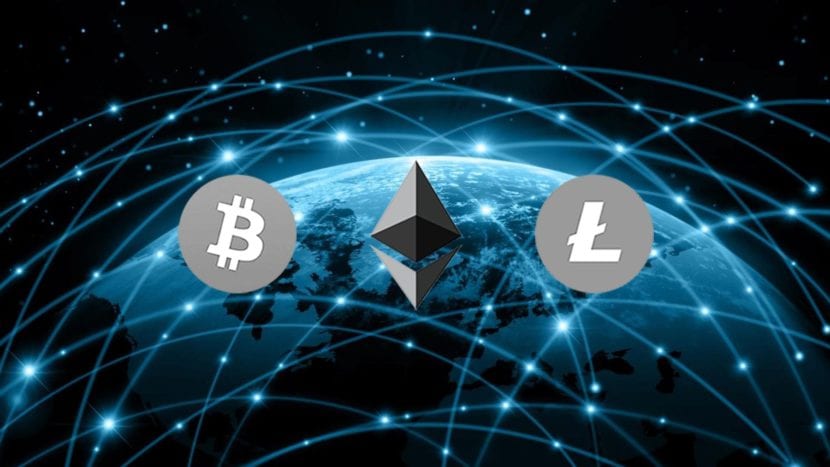 And about the trade and use of Cryptocurrencies, which are being adopted by more and more people every day, that if they reach a point where they are massively adopted, would put the current banking system into question., which has always given the impression of having an abusive way of handling and using people's money, not counting the numerous irregularities (fraud, bankruptcies) in which they usually incur.

Without counting on the effect of freedom and financial and / or economic independence that Digital Mining can cause on the Citizen, separating a large sector from the dependence and surveillance of the private or public commercial sector.

But why have Cryptocurrencies been so successful?

The success of Cryptocurrencies and other associated technologies comes from the trust that the citizens who interact with them have placed in it. And this effect or constituted trust system undoubtedly comes because for a cryptocurrency to be successful it must be free software.

That is, the source code of cryptocurrencies is usually open and free, thus guaranteeing the possibility of a permanent audit on the software and therefore ensure that fraudulent actions are not carried out with them or on their support platforms (Blockchain / Blockchain), which are nothing more than a decentralized accounting book in which transactions are recorded publicly or semi -public and where the balances are not associated with the users, but with the addresses they control.

The other important part of this system is that this ledger that is the blockchain, is stored in each of the computers that run a complete node, which makes it practically impossible for a transaction to be falsified, which travels encrypted or encrypted with high levels of security.

And how does Crypto-Anarchism fit in with Free Software and Cryptocurrencies?

Currently Crypto-anarchism can be defined in average terms, since it is a fairly recent concept and constantly adapting to global changes, such as one mmodern form of government that does not deny current Capitalism, but recognizes it as an intrinsic necessary evil of Humanity, which it is necessary to transcend to achieve its survival.

Crypto-anarchism embraces / welcomes any person socialist, communist, capitalist, democrat, right, center, left, or almost any trend within it, as long as all your support from your way of seeing the world, is for specify / maintain a State / Country whose Government / Authority is deeply open, horizontalized, decentralized, blockchanized, and autarkic.

Crypto-anarchism promotes free, independent and economically productive citizens through the promotion and use of public and private, national and international technologies, based on Information and Communication Technologies and Block Chains (Blockchain) to guarantee trust, security, reliability, verifiability, speed and other benefits to the Citizen .

Cryptanarchism builds fair and balanced but extremely strong laws, while providing officials (charges) extremely weak politicians, that is, without greater political, social and economic powers and privileges, to avoid corruption or the agglomeration of power.

In short, Cryptoanarchism promotes, favors and relies on the use of Free Software and FinTech to meet, with all the modern expectations of the modern Citizen, that is, it aims to build a new model that returns to the old obsolete model through technology in order to respect and efficiently and transparently guarantee the rights of citizens, guaranteeing their security and privacy, and the true expression of their decisions or actions on constituted power.

Is a Crypto-Anarchist Government Possible?

In addition, a Cryptoanarchist Government based on the intensive use of these technologies whose scope is not limited to the territorial, can quickly win the sympathy of a citizen majority who has a large appetite both to test new technologies and to participate in new democratic models, in large part due to the precarious socio-political and economic conditions in which some nations find themselves.

In conclusion, Cryptanarchism has an immense space in which to materialize, in many countries where societies are not only after the search for more disruptive and distributed democratic systems., but also offer a lifestyle that is permeated with the notion of the global and the disseminated. A future where border limits may not exist and where the entire earth is our territory equally, where digital and cryptocurrencies are the order of the day.

If you want to read other similar articles about the Benefits of Free Software in Citizenship in our Blog, click on the following link: Democracia.

Finally, if you want to know more about Crypto-anarchism, there is a lot of literature about it on the Internet, but you can start with this link: Crypto freedom. And since Cryptanarchism is based on Anarchism, I leave you this video so you can break any taboo or confusion about this concept!

Full path to article: From Linux » Others » Crypto-Anarchism: Free Software and Technological Finance, The Future?