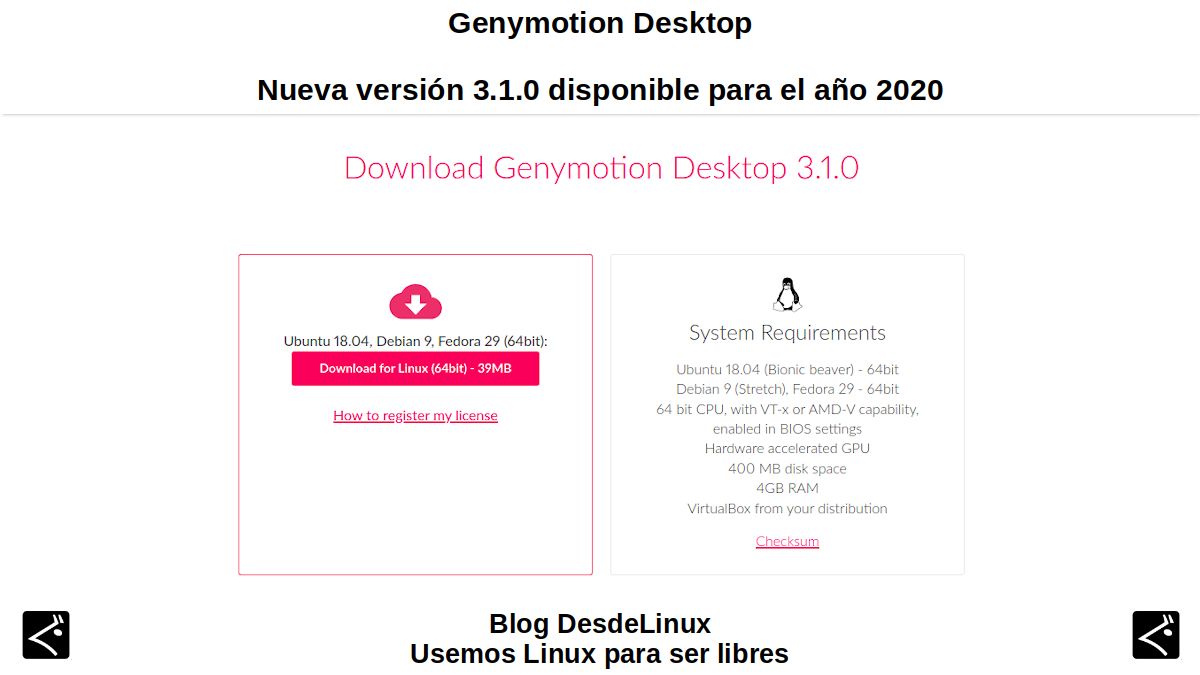 For those who do not know the application Genymotion, it is a Android Emulator for Linux, which stands out for execute (emulate) efficiently different types of mobile equipment (such as phones and tablets), to which certain elements or components can be added, such as ROMs, Applications and Games of the Android Operating System, in different versions of it.

And furthermore, during this year 2020 , the developers of the same, have made available to all users of the product, a remake under the number 3.1.0, which brings interesting news and features. 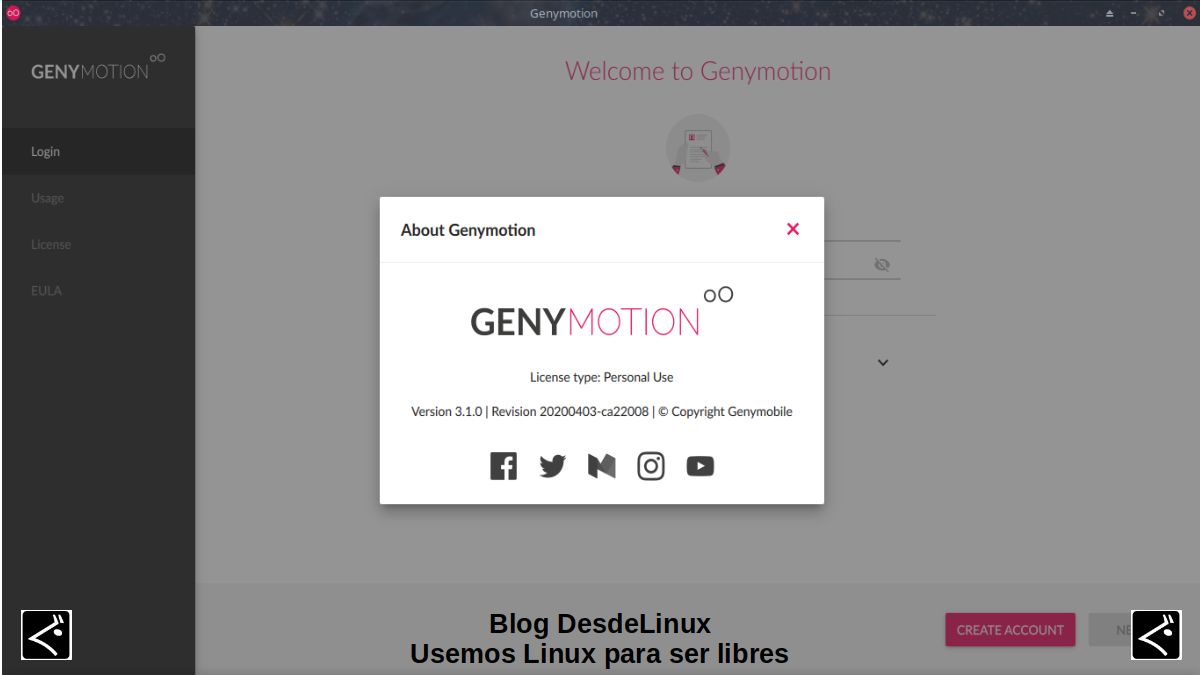 Every 2 years, we usually post about Genymotion to keep our readers informed. The first time we did it in the year 2016 , at which time, there was version 2.6.0, and as usual, we teach how to download, install and use it. This publication is the following:

Then for the year 2018 , at which time, there was version 2.12.1, we carry out the same activity through the following publication:

And from this month of April of year 2020 , the version 3.1.0, which includes from the previous version described by us, important changes and novelties, which we will briefly mention below. 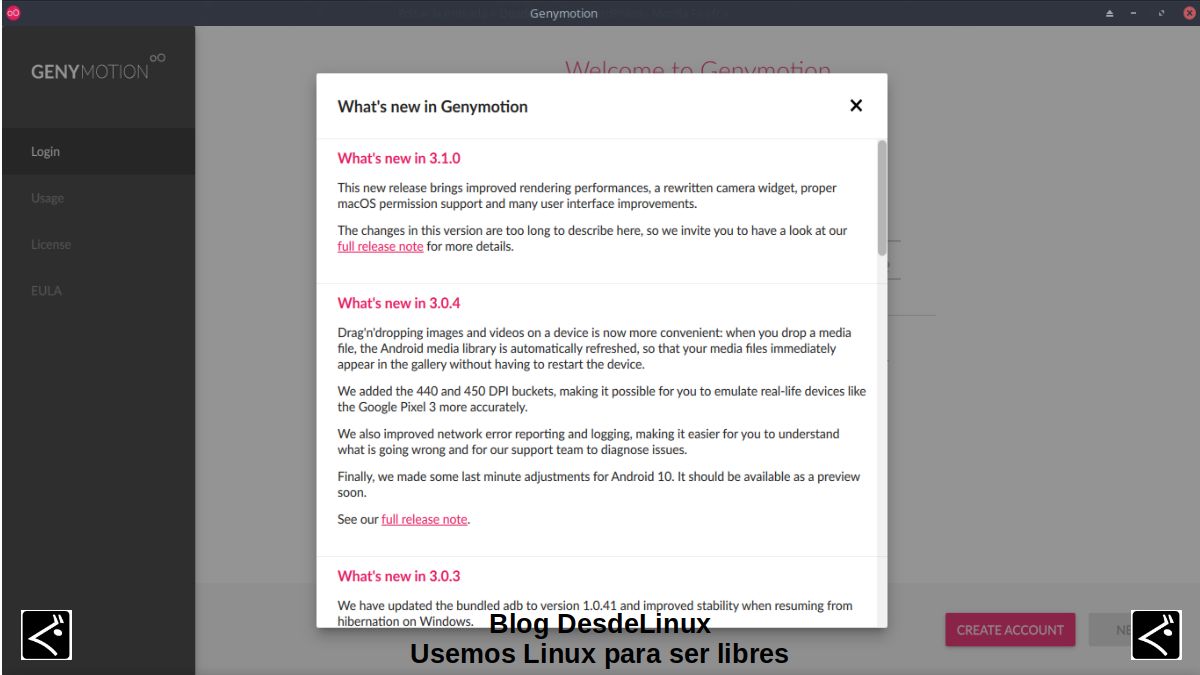 Following, the most notable changes of the initial version of the Genymotion Desktop Series 3 and the current version:

"Genymotion Desktop is an Android emulator that includes a complete set of sensors and features to interact with a virtual Android environment. With Genymotion Desktop, you can test your Android applications on a wide range of virtual devices for development, testing and demonstration purposes. Genymotion Desktop is fast, easy to install, and powerful thanks to sensor widgets and easy-to-use interaction features. It is available for Windows, macOS and Linux operating systems". More information in Genymotion Desktop Documentation

In a future publication, we will detail again the download, installation and use process, which currently has not changed much, so you can safely continue using the one described in our previous 2018 release, without major difficulty or variation. However, if you want to download it immediately press the following link.

We hope this "useful little post" about the new version 3.1.0 of the beautiful and functional Android Emulator for Linux called «Genymotion», which is characterized by running smoothly and quickly different types of mobile devices (Phones and Tablets), to which Android ROMs, Applications and Games can be installed; be a lot interest and utility, For the whole «Comunidad de Software Libre y Código Abierto» and of great contribution to the diffusion of the wonderful, gigantic and growing ecosystem of applications of «GNU/Linux».