Many of the critics of KDE - without trying to discredit them - base their opinion on previous versions of these systems, plagued with errors, tireless memory swallowing, with abysmal performance, and even dependent on Java. Fortunately, with KDE 4.10 released recently, all of those problems are ancient history, although there are a few things to know before diving into the semantic seas.

The first thing, before starting, is, of course, to install KDE and start it in your session manager. While referring to the documentation for your Linux distribution, here are some reminders of how to do it.

My Chakra Linux desktop, like other distributions, comes with KDE by default. 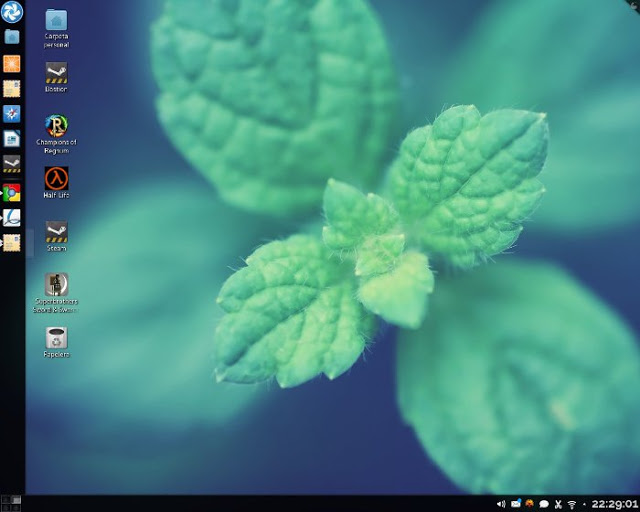 NEPOMUK is an indexer for files, emails, but it is more than that. Much more. With NEPOMUK I can assign tags to videos, images, emails, and search for documents by people who have made or seen them, information about those people, and mix everything with information downloaded from the Internet. It is a really complete system, but people always complained about the slowness of their file indexers and emails.

The file indexer was totally redone in KDE 4.10 to do something called a "two-step index", something like what MacOS X or (very slowly) Windows 8 do. The first step lets the system know that the file is there, without giving NEPOMUK more information than the filename and system attributes, something like what the "locate" command does. It is a quick and not very intensive process. The magic happens when the system executes the second step. It is there where NEPOMUK unravels the files and allows to search in them, the people related to them, or even ─through the KDE activities support─ to which activities they are related. But this process has been left for when we do not use the computer, which means that, under normal conditions, we will not see the magic. Exactly the same thing happens with emails.

This is a delicate balance. The default options will give us a computer, as occurs in all other operating systems that have similar indexers - although less capable - that responds when it is being used, and that indexes when it is not used. But when you have those semantic capabilities at hand, why not release them immediately? Here comes the tip that I will leave.

2.- Right there, edit the akonadi_nepomuk_feederrc file so it looks like this.

Caution: these settings cause a temporary performance degradation. Depending on the content of your files or emails, your CPU will be running at 100% for several hours. However, once NEPOMUK finishes indexing the computer it returns to normal, permanently. And the best part: all files and all emails are indexed, ready to be searched and a key away.

Once the indexing is finished, we can use the full power of NEPOMUK. That, in the next column.