Since around the eighties of the last century, humanity has been involved and immersed in a series of changes in all areas of public life. All because of the progressive, growing and mass development of the «Tecnologías de Información y Comunicación (TIC)». The «TIC» They have originated effects that have even changed our way of seeing, appreciating or evaluating our past or present, and even resizing the way in which we envision our future as a species.

Changes or effects, which have even changed our language used, due to the creation, use and popularity of an immense variety of new words, concepts and ideas, until recently unknown or thought. And with this publication we hope to delve into these aspects and learn a little about the current issue of «Seguridad de la Información» as an essential aspect of the current «TIC» about today's human society, that is, the «Sociedad de la Información» of the 21st century. 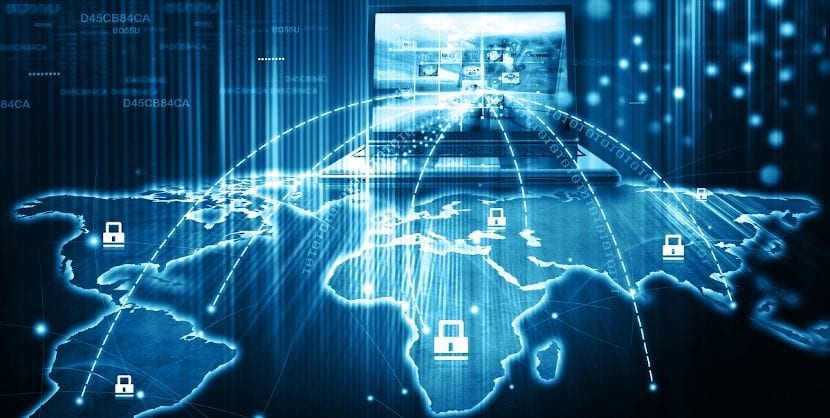 Before going fully into the subject, it is good to point out that the related concept of the «Seguridad de la Información» with that of the «Seguridad Informática», since while The first refers to the protection and safeguarding of the comprehensive information of a «Sujeto» (Person, Company, Institution, Agency, Society, Government), the second only focuses on safeguarding the data within a computer system as such.

In such a way that we can summarize the «Seguridad de la Información» as the area of ​​knowledge that consists of preservation of the confidentiality, integrity and availability of the Information associated with a «Sujeto», as well as the systems involved in its treatment, within an organization. Besides, the «Seguridad de la Información» builds its entire foundation on the following principles:

From the preceding paragraphs, it can be easily deduced that the «Seguridad de la Información» not necessarily born with the modern and current «Era Informática», since it has to do with information in a generic way, which has always been associated with the term of «Humanidad, Sociedad y Civilización», while on the contrary, the «Seguridad Informática» other.

Therefore, we can list specific examples of protecting «Información» throughout history, which is often associated with the legendary art or science of «Criptografía». Examples such as:

Milestones before Christ (BC)

Concepts and terminology related to «Seguridad de la Información» They are many, since as we said before, it has more to do with ourselves than with the «Información» contained in digital or computerized devices or systems, an aspect that actually encompasses the «Seguridad Informática». So we will mention only a few important ones in a very summarized way.

It includes the recording of the time and duration of a «comunicación», and other data associated with it to determine in detail the communication flows, the identity of the communicating parties and what can be established about their locations.

Property or characteristic associated with a «Sujeto» which expresses that it cannot be identified within a set of other entities (subjects), which is usually called «Conjunto anónimo». A set that is usually made up of all the possible subjects that may cause (or be related to) an action.

Non-physical (virtual) environment created by computer equipment joined to interoperate on a network. At a global level, it can be said that the «Ciberespacio» It is an interactive space (digital and electronic) implemented within computers and computer networks around the world, that is, on the Internet. He «Ciberespacio» It should not be confused with the Internet, since the first refers to objects and identities that exist within the second, which is a functional physical and logical infrastructure.

Science that deals with control and communication systems in people and machines, studying and taking advantage of all their common aspects and mechanisms. Its origin is established around 1945 and is currently closely linked to the «Biónica» and «Robótica». This usually includes the study and management from calculating machines (super-computers and computers) to all kinds of mechanisms or processes of self-control and communication created or created by man that usually imitate life and its processes.

Property or characteristic that prevents the disclosure of certain information to unauthorized subjects or systems. In order to do so, try to ensure access to the «Información» only to those subjects who have the proper authorization.

Discipline that deals with the art of writing in an agreed language through the use of codes or figures, that is, it teaches how to design «Cifrarios» (expression synonymous with secret code or secret writing) and «criptoanalizar» (inverse operation that deals with interpreting through analysis the «Cifrarios» built by cryptographers).

Those that provide «servicios esenciales», whose operation is essential and does not allow alternative solutionsTherefore, its disturbance or destruction would have a serious impact on essential services.

The field of action of the «Seguridad de la Información» is closely linked to other computer science disciplines, such as «Seguridad Informática» and «Ciberseguridad».

La «Criminalística» and «Informática Forense» are also disciplines related to the scope of action of the «Seguridad de la Información». Above all, the latter, since it consists of the preservation, identification, extraction, documentation and interpretation of computer data.

There are possibly other disciplines involved besides you, so The ideal is to expand the reading on these disciplines using as references current news related to the «Seguridad de la Información» and «Seguridad Informática» in other sources of information (websites) such as: incibe, Welivesecurity (ESET) y Kaspersky.

We hope that this publication, about «Seguridad de la Información» be very useful for all people, both for those outside the subject directly and for those related to the subject. That it be a small but valuable source of information, especially at the level of concepts and terms that are usually in permanent use in academic, professional and social environments related to «La Informática y la Computación».

Anyway, let it be useful to be able to consolidate a theoretical base that allows anyone to face on the right foot, the beginning of knowledge in such a valuable area of ​​current knowledge.

Full path to article: From Linux » Others » Information Security: History, Terminology and Field of Action