Signal uses Firebase Cloud Messaging (formerly Google Cloud Message or GCM) which, as you suppose, depends on Google. Supposedly Google only delivers and receives the data and cannot read it (which does not exempt them from having a record of who talks to whom), but even so, using Signal implies having a phone with Google stuck to the guts, which entails another type of privacy vulnerabilities ... or at least it had been until now. Save this date as the day Signal became the best private messaging app.

Signal with WebSocket instead of GCM

As all those involved in the fight for privacy know, Signal It is a great application that encrypts our messages from point to point; even Snowden - the one who opened the eyes of the whole world by reporting on the massive espionage of the population by companies and governments - he uses it daily, but Signal had a problem that made it unusable to many people: it used Firebase Cloud Messaging (or GCM for its old name: Google Cloud Message). This changed when Moxie marlinspike ad On February 20, Signal will not necessarily need to use Google to manage messages from version 3.30 (currently in beta and which should not take long to arrive in the stable version), which is wonderful news for all those who We use a cell phone without Google's ever-present eye.

And how will they go about delivering notifications push and manage messages? With WebSocket, «A technology that provides a two-way communication channel and full-duplex over a single TCP socket ». In simple terms, the application will be able to detect if it has Google Play Services. If it does, it will use GCM; if not, WebSocket.

Another wonderful news is that, since it will no longer be necessary to use Google, there are short-term plans to put Signal in free software stores like F-Droid, either officially or through repositories.

Another difficult point to get around is using Signal on the computer. The only way to do it used to be through Google Chrome or at best Chromium (Chrome's open source alternative). The problem was that, again, it was necessary to use Google's servers as these browsers connect with your account to synchronize everything.

There is also the option to use the browser Vivaldi which, as it is based on Chrome, uses the same extensions and plugins. If you are on Debian or derivatives (Ubuntu, elementary, etc.), you just have to download the .deb file from here! and write: sudo dpkg -i Descargas/vivaldi-stable1.7.735.46-1amd64.deb ; sudo apt-get -f install. Notice that after the parameter -i is the path where the .deb file was downloaded (usually the Downloads folder in your home folder). Once installed Vivaldi go to https://chrome.google.com/webstore/detail/signal-private-messenger/bikioccmkafdpakkkcpdbppfkghcmihk and install the Signal web app to be able to synchronize your phone with the computer.

In the case of Fedora, you still need to download the rpm file y escribir sudo rpm -ivh Descargas/vivaldi-stable1.7.735.46-1amd64.deb. Same as the example above, make sure to set the correct path after -ivh.

If you are using Arch or derivatives (Antergos, Manjaro, etc.), everything is much easier. Just type yaourt -S vivaldi and ready. Open Whisper Systems He does not earn money from advertising or from selling data of his users, so if you use Signal and you can donate something, here is his page of Donations.

An extra for Vivaldi 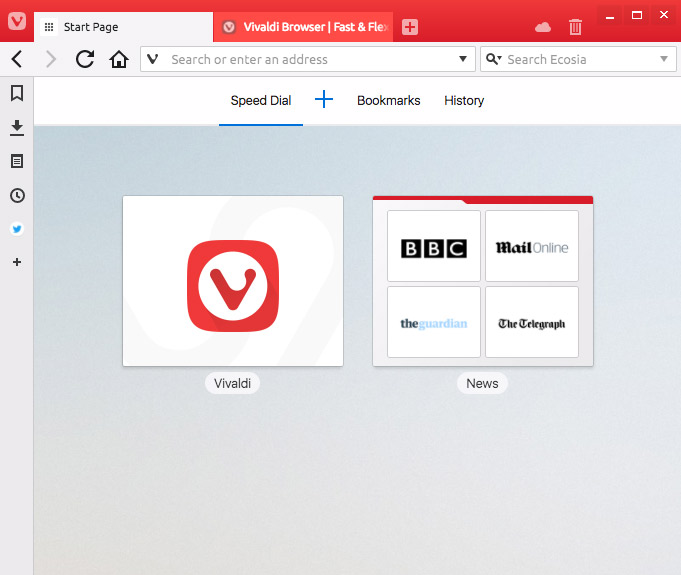 Vivaldi is a browser created by the former CEO of Opera in an effort to get back on the path that, according to him, Opera has lost. It's still a work in progress, so certain things don't work as they should, but you can always do something. The most annoying thing in its general use in GNU / Linux is its inability to play videos, but it is something relatively easy to solve. For that we need the package chromium-codecs-ffmpeg-extra or libavcodec-extra57 in Debian (sudo apt install chromium-codecs-ffmpeg-extra o sudo apt install libavcodec-extra57), which includes ffmpeg codecs to play virtually any content on the web. If you want to go further and also play DRM-protected material (like Netflix), that's a bit more complicated but not impossible. For that you need to download this script and run it. To do this, copy the content of the script, open a text editor, paste the content and save the file as latest-widevine.sh (save it in your home folder or change the following commands with the path where the script is). Then run these commands:

sudo chmod 764 latest-widevine.sh (this gives the permissions to run the script)

In the case of Arch and derivatives, as always, everything is much easier. Just type yaourt -S vivaldi-ffmpeg-codecs vivaldi-widevine and voila, you will have video codecs including the one necessary to watch Netflix.

Once that is done you will be able to enjoy watching a series or movie on Netflix while you communicate via Signal with your contacts.