WhatsApp It is not a free courier, but sadly it is the most used messaging system in the world, one of its functionality is to be able to back up all our files and conversations in Google Drive, which can be restored by the application when desired. Though whatsapp plus, it also offers us the possibility of accessing this support, this time we want to show you how to extract WhatsApp backup to Google Drive from console using WhatsApp Google Drive Extractor.

What is WhatsApp Google Drive Extractor?

It is a script of open source, Made in python by the team of EliteAndroidApps, that allows users of WhatsApp on Android power. extract the data from your WhatsApp backups that are hosted on Google Drive.

This process is extremely effective, we can do it from our console and in any GNU / LInux distribution. It should be noted that this script allows us to list our backups and the information found in them, in the same way, it synchronizes the backup we want on our computer and also has the possibility that we upload a backup that we have to our cloud to later be restored in our smartphone.

To install WhatsApp Google Drive Extractor We must have python and configparser installed, for this we must execute the following command in Debian-based distros from our console:

Once we have fulfilled the necessary dependencies, we must follow the following procedure: 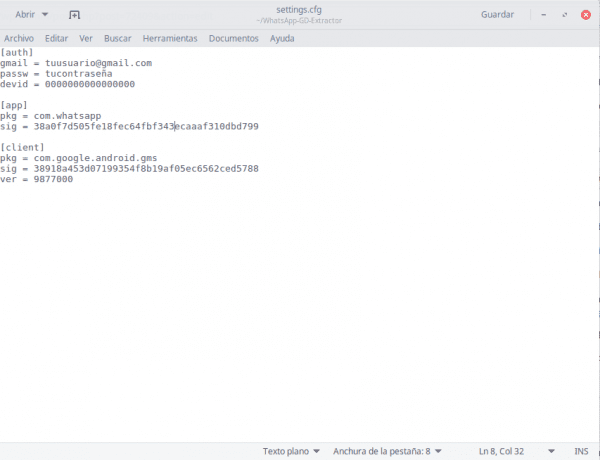 I have verified that the username and password is not sent to any server, but I think it is not the safest way to enter the script, so it is important to use it at our own risk.

How do you use the WhatsApp Google Drive Extractor?

Once we configure the WhatsApp Google Drive Extractor to connect to our google drive account, we must execute it with one of the following commands:

This wonderful script will allow us to access our WhatsApp backup in Google Drive and its uses can be many, for example, having a task that allows us to backup our images in the official WhatsApp of our company.

And what use are you going to give to this script? Leave us your comment about it.

Full path to article: From Linux » Tutorials / Manuals / Tips » How to extract WhatsApp backup to Google Drive from the console