Voucher. I know that many users of our blog do not support "copies" of other desktops, but from experience I know that sometimes it is necessary to provide newcomers to Linux an appearance as close as possible to what they had with Windows, and precisely, KDE, Gnome or even Xfce, can be configured to achieve this purpose. 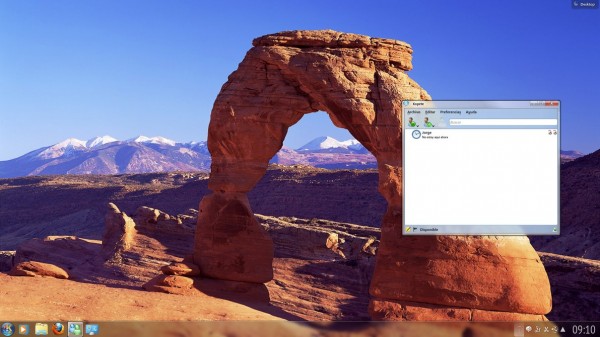 In this case I bring you a Configuration Pack to KDE, which manages to give it an appearance very similar to Windows 7, as you can see in the previous image.

Do you want to use it? If so, the first thing to do is download the file that contains everything necessary to achieve this appearance:

Once the file is downloaded, we unzip it and we will have a folder called newseven_Transformation_Pack. We access it, and press F4 en Dolphin to open the terminal. We wrote:

With this we will give execution permissions to all the files with the .sh extension that we find inside that folder. Later we write:

or if we want to install the appearance also to root:

Once the script finishes executing, then we restart the session and that's it. If we want to uninstall everything, we just have to run:

Now, to give it more similarity to KDE with Windows 7, we must replace the Task Manager by Icon Only Task Manager.

Ready!!! Although I think that as a last detail, it would be good to find an icon theme for the tray more similar to that of Windows 7.