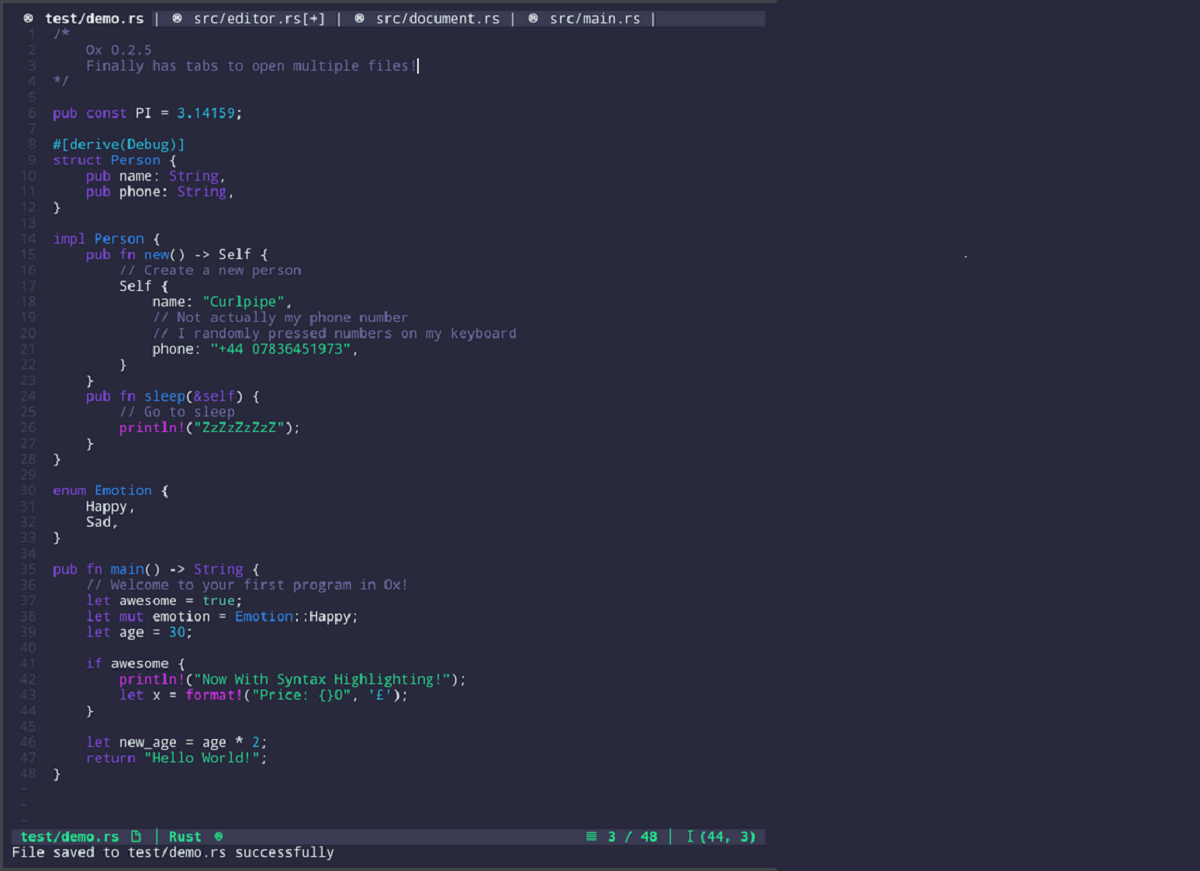 Ox is an advanced text editor with built-in IDE-like functionality developed by a UK programmer known by the nickname "Curlpipe".

It was written in Rust using ANSI escape sequences. The author believes that Ox helps developers code by providing various tools to speed up and facilitate programming and is a totally lightweight alternative, as unlike editors like "VS Code and JetBrains" Ox consumes fewer resources.

The author advises that this is, at the moment, just a personal project and you're not ready to replace your existing tools yet. Ox works in terminal and works on platforms like Linux and macOS, but it doesn't work directly on Windows (it works if you use WSL) due to lack of a good command line.

“There are many text editors and each of them has its flaws. I hope to have a text editor that overcomes many burdens and problems, ”said the developer.

According to Curlpipe, Ox is "super" minimal and aims to use as few dependencies as possible, resulting in fast build time and low risk of breakage.

It is built with Rust, Termion (a Rust library), Unicode-rs, Clap (a command line argument parser), Regex, Ron (a simple configuration format similar to Rust syntax), Serde (a framework for serialize and deserialize Rust data structures efficiently and generically) and Shellexpand (a single dependency library that allows shell-like expansions to be performed on strings).

Furthermore, Curlpipe added that Ox is not based on any other editor and was built from scratch without any foundation. In the project's GitHub repository, we can see that Ox takes the features of some of the most popular editors, especially on Linux, thus seeking to get the best of all worlds. Below is the list of text editors from which the author has stolen one or more concepts:

Full path to article: From Linux » Applications » Ox, a text editor written in Rust that works from terminal