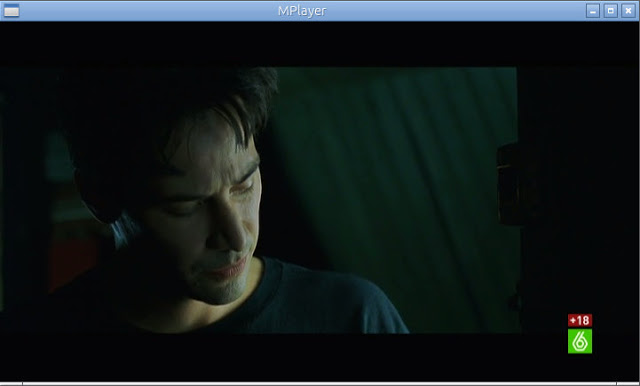 NOTE: The "curl" package is not required, but will allow you to display the programming for each channel.

Once Discharged and having the necessary packages installed, it only remains to give it execution permissions. We can do this graphically or from the terminal.

To run the program we can do it from the console ($ ./TVenLinux.sh) or double click from the graphical environment.

Once executed, if a package is missing to install, you will be notified of it.

It is possible that some channels stop working, we will try to update (Look at the date) the script periodically to replace channels and improve it.

If the bandwidth is saturated or insufficient, there will be disconnection problems (See the "Configuration" section).

To change the channel you have to close the player (Letter Q or close the window).

Some channels do not show their programming, that is normal, not an error.

If the sound and audio are out of phase, with the left cursor we can go back 10 seconds and it usually solves the problem.

If you have Zenity and Kdialog installed without using Kde as desktop, the script will use Zenity, to force Kdialog modify the script in the section «KDE Desktop»

If disconnections are frequent, we can try to pause (Letter P) the playback shortly after starting, that way the cache will go up. You can also modify the script in its "Settings" section so that it caches longer before starting to play.

At the bottom of the script you can modify the player to use, although mplayer is recommended since other players such as VLC do not synchronize the audio with the video as efficiently.

If the programming has strange characters instead of accents, it is because your GNU / Linux distribution does not use the UTF-8 encoding.

If the player shows a blue screen, it is due to problems with the Nvidia driver and the mplayer command must be modified by adding the option: -vo gl

Right: Fast forward 10 seconds (Not recommended unless we have a lot of streaming cache).

Up: Advance 1 minute (Not recommended unless we have a lot of streaming cache).

Pg Down: Go back 10 minutes (Not recommended unless we have a lot of streaming cache).