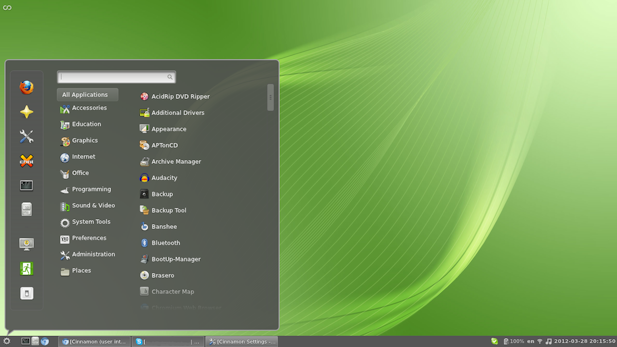 This means that the only distribution that Cinnamon would use would be Linux Mint, for which this fork of GNOME was originally developed.

For this reason, there are few who wondered about the future of Cinnamon. What will Linux Mint do? What will Lefevbre, your lead developer, do?

This is something difficult to know. However, it is striking that the problems with both Cinnarch and Manjaro Cinnamon Edition have arisen almost at the same time. This is not by chance and has a very simple explanation: GNOME 3.8.

Cinnamon has been deprecated and is not compatible with GNOME 3.8. This new version does not have compatibility with previous versions, with which all the packages that use libraries and APIs of old versions will be unusable. This is the case with Cinnamon, which in its current version 1.7 only supports up to GNOME 3.6. This is particularly serious for "bleeding-edge" distributions such as those based on Arch Linux.

In the announcement of the abandonment of Manjaro Cinnamon Edition, they said it with these words: "We cannot keep this edition any longer since the upstream has abandoned Cinnamon due to its incompatibility with GNOME 3.8".

In any case, it seems to me that it is a project destined for extinction in the medium term. Not so much because of the compatibility problems that we have just described, nor because Clement Lefevbre has changed his mind and Linux Mint becomes yet another distro with the GNOME Shell interface ... the point is that the reason for being of Cinnamon (introduce the user with an interface similar to GNOME 2) is no longer valid with GNOME 3.8. 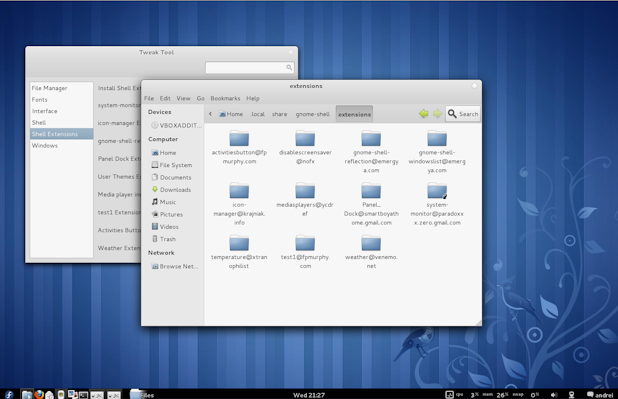 The new "classic mode" was conceived with users who prefer a familiar environment (like GNOME 2 or WIN XP) rather than using the GNOME Shell. Now, why did the developers decide to abandon "fallback mode"? For three reasons:

The new classic mode works through extensions and some fixes here and there, but the infrastructure used is basically the same so the new mode will enjoy all the advantages that future versions of GNOME bring with them.

Cinnamon, the next Unity?

Due to the above, there are a number of questions: Will Cinnamon disappear or will it become a Linux Mint exclusive Shell?

Honestly, and this is purely subjective, I would rather it disappear. It seems to me that there are no real conditions that justify its existence. On the other hand, although Cinnamon emerged as a shell for Linux Mint, little by little it was being used by other distros ... although in a short time they had to abandon it, as we already saw. With this in mind, it would be very sad to see Cinnamon become a Linux Mint exclusive shell, not so much for package compatibility reasons and so on (which lastly, you can always try to fix) but rather for a question of marketing or principles, to want to differentiate itself from other distros and not be one of the bunch.

I think that the way Linux Mint should go is to move to GNOME 3.8 and present the user with a GNOME in classic mode by default. I think many will agree with this idea. But, sure, this is my humble opinion. Nothing else.

Full path to article: From Linux » FileLet's UseLinux » The future of Cinnamon and Linux Mint